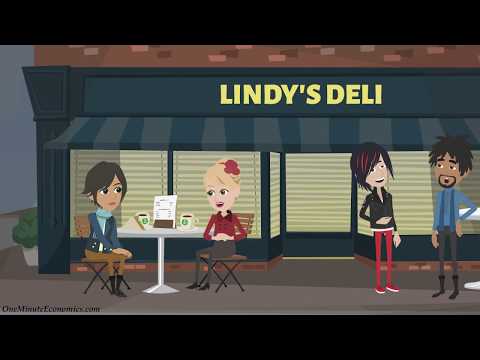 The world economy is on the verge of crisis again, cryptocurrencies will be strong

Why we shouldn't be asking for regulation and why we need the RIGHT to make bad investments.

I have deleted some of my old accounts but I have been frequenting bitcoin since 2014 and I am rather disappointed with the change over the last year and calls for regulation of crypto. So I thought I should make a reasoned argument as to why regulation is a terrible idea.


1. There aren't THAT many scams

4 out of 5 startups fail crypto or not. Failing is does not equate to scam. Further more sometimes the difference between a scam, just a poorly run startup, slimely business, and a bad idea isn't so clear. I'd guesstimate that at least 95% of crypto projects actually are acting in good faith.

Scammers are often already breaking laws, if they promise they will do X, Y, and Z and they don't they have already broken a contract and are liable to civil suits, and yes even just a promise in a whitepaper can already be considered a contract! Even emails can be considered to be legally binding between two parties in most countries and most freelancers already know this.
If a fraudster is going to really scam people they will be one of those projects with an anonymous team or a fake one. And guess what since the government can't stop people from making crypto transactions a scammer from Russia is still going to be taking your ETH regardless of the regulation because they are anonymous!


To be an accredited investor, a person must demonstrate an annual income of $200,000, or $300,000 for joint income, for the last two years with expectation of earning the same or higher income. An individual must have earned income above the thresholds either alone or with a spouse over the last three years. The income test cannot be satisfied by showing one year of an individual's income and the next two years of joint income with a spouse. The exception to this rule is when a person is married within the period of conducting a test. A person is also considered an accredited investor if he has a net worth exceeding $1 million, either individually or jointly with his spouse. The SEC also considers a person to be an accredited investor if he is a general partner, executive officer, director or a related combination thereof for the issuer of unregistered securities.


source
This means you basically have to be a millionaire to invest in early stages of a startup. So that means 99% of people in this subbreddit could no longer participate in ICOs if the same rules applied.
Furthermore the people that will be writing these regulations are going to tend to be older people who have more traditional and conservative investments, so why would someone who is invested in say paypal, want to make it easy for their investment to be made irrelevant? They have disincentive to create good and fair regulations. They lack what Nassim Taleb calls "Skin in The Game" which leads to poor or selfish decisions.


4. No one seems to actually know what "regulation" means

I see people commenting about how they don't like project A and that its a "scam". Truthfully I feel this is often because sometimes it isn't always the best technology or startup that is the best investment so people can get butt hurt over it when they see projects they don't like become successful and then they say "oh I wish there was regulation so this wouldn't become popular." What the fuck are you guys talking about? How do regulate whether or not a shitty technology is favored by people over a good one? Do you really think the government should be deciding what is "good" or "bad" technology? Because if they did Bitcoin would have never been invented in the first place.
Also "regulation" isn't some magic thing that will stop bad things or even scams. Because of the nature of decentralization people can very easily be anonymous and setup ICOs.


5. Regulation will be ineffective and will cause brain drain

Like it or not tax/regulation havens will always exist. So companies will tend to move to places with the least regulation, Binance is a good example of that. And since crypto transactions are trustless the actual company can be in Malta even if the token or coin is used primarily in somewhere like the US. Which means that these crypto companies will still be able to reap the benefits without any of the cost of physically being in some country. That's a lot of tax revenue that will be lost because of regulation.
This also creates more inequality as it means most of the worlds wealth will end up be more concentrated in tax havens. Not to mention anonymous scammers don't follow regulations anyways.


6. You are telling the government you are too stupid to handle your own money

Why on earth should you or the government or anyone tell me I can't throw $1000 bucks at some startup on the other side of the world? Regulation is only going to add more red tap for small startups, I have some experience with this personally as I work for two blockchain startups.
One of these startups I suggested they add an equity function to their utility token, turning it into stock + utility token, as I think that is way more valuable to investors and they will likely be able to raise more money in their ICO. However they have determined that the paperwork alone costs way too much time and money. So these regulations are already hurting both investors and startups. Regulation KILLS innovation.
You can't get 1000x return on one investment without taking a 95% loss on 10, in the end it is still worth it and you still win but regulations will make it damn near impossible for regular people to invest in projects in their early stages or from new better startups being created, so you will only be "protected" from insane profits with maybe a slight improvement in your losses.
More regulation means less profit, and lets be real, most of you are here and want "regulation" because you want more money but this is the worst way to go about it.
If you are too stupid to do basic research and to have diversified your portfolio then you are bad at investing and you shouldn't be playing this game, no amount of regulation will make you a better decision maker. We need the right to make bad investments that fail because that's how investing is done, you tend to make a loss on most investments but the few that profit more than make up for the sum of losses. Just think of the potential of millions of world changing startups that will never be because of red tape.
It's like taxing people because they are dumb.

You can still sue people for things that are not explicitly breaking a law, but breaking a contract. The only regulation should be a business license so the government knows who they are, after that its not harm no foul rule. That means that if ICOs or cryptos try to trick people that they can be taken to court and sued to hell so they still are culpable for wrong doing without hindering young startups.
Stricter regulations would have made a lot more sense in a pre-internet and pre-crypto world. This is because only people who could make researching and educating themselves a full time job could really understand if a business had a reasonable proposition and model since researching anything pre-internet was way more difficult. However with the democratization of information with the internet and of value with crypto these regulations don't make as much sense because the informational asymmetry has almost entirely disappeared between accredited investors and regular motivated people. The only difference now is the size of the wallet, this is a terrible world to live in where only rich have the options.
I highly recommend everyone in crypto read Nassim Talebs "Incerto" collection particularly his latest book "Skin in The Game".

Why I'm all in on BNB and maybe not crazy

Nassim Taleb on Bitcoin, Stocks, Portfolio and The Crash ...